01RULES
02MAP
03TIMELINE
04EVENTS
05APP
06CLAIMS
07PLOTTERS
08LAB
09AFFILIATES
10DISCORD
QUICK NAVIGATION
A SANDBOX POKEMON ROLEPLAY
SKYDROP !
SKYDROP! is an unholy crossbreed between classical Pokemon region traversing, Pokemon Mystery Dungeon, and a Harvest Moon/Town based slice of life role play with D&D elements.
We straddle the line between canon and noncanon - while mainverse canon events and characters are welcome here, SD itself is set in an entirely non-canon region located beyond the Ultra Wormholes. With a heavy focus on player interaction and character growth, the Agresti region is designed to grow with its players - who may have as much or as little lasting influence on the region as they choose. If this interests you, have a look at the town hall section for more information.
Thank you for visiting! We hope you enjoy your stay.

GRAND REOPENING
Check in whether you're a new face or a veteran of SD! and claim a welcome basket (or welcome backset in some cases!) with three pokeballs and an uncommon mystery egg!

upcoming ic event of the season:
Winter 8th - Anniversary of the Fall
Better known by a cheeky few as the Fallniversary, the 8th of Winter is often marked as a time of remembrance for the people of Frontier City. A candle is lit in the evening, one for each life lost over the course of the year - be it human or Pokemon - and set outdoors for the wind to snuff out. A candle left burning the entire night is rumored to be an ill omen - the spirit it represents has supposedly not found peace and allowed itself to be carried away.

The practice has often been regarded as hauntingly beautiful, if a bit melodramatic. Every year, someone has without fail suggested replacing the candle-lighting with dropping misshapen Watmel berries from the roof of the largest building in the city to represent the falling of the Battle Frontier onto the Agresti region. Unfortunately, this has been rejected by the majority for the past 3 years the anniversary has been overseen.

where credit is due

SKYDROP! is the work of the mind of spectre/lorekeeper. The primary image used in this theme is a painting by DA user skizorr with minor edits by fitz, staff images are by DA user jedflah. All other characters and content belong to their original cited creators, and may not be replicated without their creators' permission. General theme with only minor edits is credit to pixel perfect user pharoah leap. 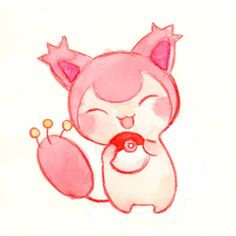 New to SKYDROP! and the Agresti region? No problem! You can learn how things work in here. 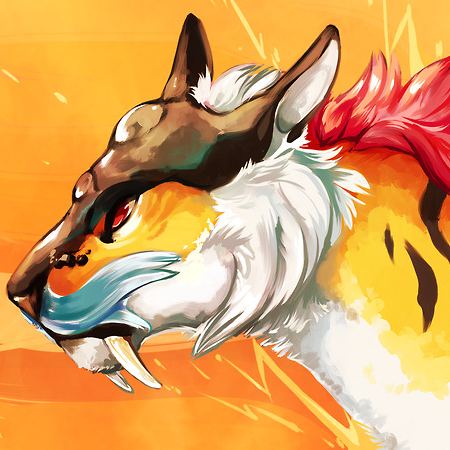 Looking to add a new Faller, or just read about existing citizens of the region? You can find everything you're looking for here.

Seeking friends or blood feuds? Want to post your character's missed connection ad? You can do all that and more here.

+
Frontier City
NO THREADS HAVE BEEN MADE IN THIS BOARD

Once the Hoenn Battle Frontier, Frontier City was built up from the remains of the popular battle facilities after an Ultra Wormhole swallowed up the entire island and proceeded to simply drop it upon an unknown region thousands of light years away. Most of the structures have seen better days, but those that fell close enough to be defensible against the Pokemon that escaped from them have since been repaired with what was available. It now serves as the hub of civilization of sorts within its new region. You're likely to see makeshift planters filled to the brim inhabiting every available roof and window, given that gardening has come into fashion for practical reasons as well as aesthetic.

Known to some as 'Route 1', Frontier North encompasses the path north of Frontier City that is still at least somewhat easily accessible. Debris left over from the remains of the Battle Frontier facilities can be found along the way; most of the more intact ones have been upcycled by the current inhabitants in order to help provide for the city. Mind your footing, however - much of the area is a bit on the marshy side leading towards the lake.

About thirty minutes past the Palace Outpost, the land begins to solidify a bit, letting you know that you've passed out of Frontier North and have stepped onto Arena Pass. Although originally named for the discovery of the Battle Arena's remains,the rockier terrain has also made it a popular place for battling now that the debris has been cleared. It's a little too exposed for camping on, however - travelers are advised to proceed through here at their own risk.

A mountain range resting roughly a two day walk outside of Frontier City, Beast’s Spine is aptly named due to supposed sightings of Ultra Beasts in the area. Well, that, and the sheer size of this natural wall is… well, beastly. Supposedly, the remains of the Battle Pyramid fell upon the north end of the island, but nobody who has flown over the mountains has returned to tell about it. In the meantime, effort is being undertaken to dig through it instead.

Fall Island
NO THREADS HAVE BEEN MADE IN THIS BOARD

Aptly named for the fact that the majority of those who find themselves falling out of an ultra wormhole tend to land around here, Fall Island is likely to be your first experience with the Agresti Region. While still severely underdeveloped compared to the region you no doubt arrived from, citizens are doing the best they can with what they have to build a fresh start for themselves and others.

Frontier City is the main hub of civilization here, but new developments may be found on the outskirts. The climate is temperate here, and you're likely to see all four seasons at one point or another if you stick around long enough.

Southeastern Land Mass
NO THREADS HAVE BEEN MADE IN THIS BOARD

An unnamed, unexplored land mass on the other side of the inlet to the southeast of Fall Island. A number of psychics have claimed that an immense source of power lies near it's mountain range, but those who have attempted to venture out towards it have never returned. There's been a bit of hesitation to build a bridge out to it and really start development upon it for that reason.

Southwestern Land Mass
NO THREADS HAVE BEEN MADE IN THIS BOARD

An unnamed, unexplored land mass on the other side of the channel to the southwest of Fall Island. A cartographer that sailed around the outer perimeter of Agresti claimed the southwestern mass to be the larger of the two islands, but the distance between it and Fall Island would make constructing a way over difficult. Not to mention, the forests of the island are particularly dense and - supposedly - crawling with beasts. But, perhaps a particularly intrepid explorer - or several - may someday solve that problem.

SKYDROP! DISCORD
NO THREADS HAVE BEEN MADE IN THIS BOARD

redirect to our ooc discord server

Don't think I don't know what you most likely came here to do, buddy. Have at 'er, just remember to read our rules before posting.